How would you like to save yourself the expense and embarrassment caused to this poor teacher in the situation below.

The below article outlines what can sometimes happen when things get too technical for the people who use them.

We would like to thank the magazine “Electrical Gems” for the below article & picture.

One day I received a call from the principal of local primary school, saying that one of their air-conditioners was playing up – sometimes working sometimes not, seemingly at random, and it’s been happening since school went back about a week ago.

I arrived later on the same day at around 4 PM. Air-conditioner in question was only about a month old, as this was a newly built classroom.

Starting with the small stuff I checked the remote battery’s – all good, and supply to the unit – also good.

Using the remote,the air conditioner works perfectly. Nothing indicated anything was actually wrong. After some head scratching and talking to the teacher who uses the room, I was skeptical she knew how to operate and remote properly, so I ran her through it and told her to give me a call if it happens again.

The next day she called around 11 AM and as luck would have it I was able to attend right away.

This time when I tested voltage at the indoor unit I had nothing, okay I thought let’s look at the switchboard. With nothing tripped in the board I went looking for the isolator switch.
I found it around the corner about 4 feet off the ground, with the lockers for bags etc. along the same wall. I noticed two things straight away – it was turned off and had grubby fingerprints all over it…

The kids had many game of playing with the isolator switch, sending their teacher up the wall in the process.

If you are not sure if your air conditioning system is broken or just not turned on, feel free to call. 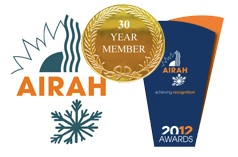